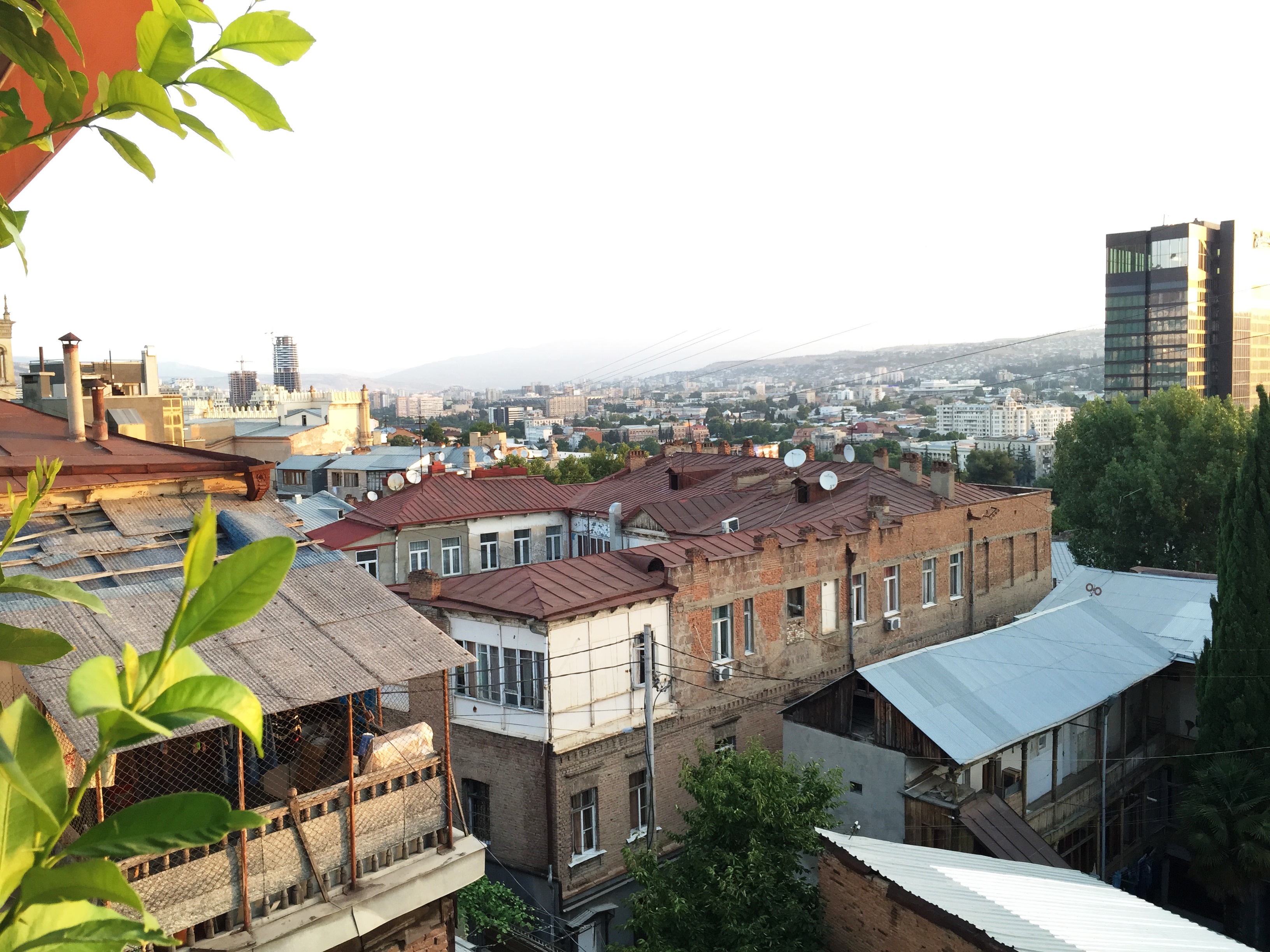 Going into the trip, we had heard about the exceptional hospitality of Georgia’s people, but were nevertheless caught off guard two-fold: first, by passport control, which greeted us with a bottle of Georgian wine, and then by our hosts Alex and Manana, who welcomed us into their cozy kitchen in the middle of the night to celebrate our arrival. We were immediately drowned in the flavors of local cheese, fresh bread, fragrant melon and homemade chacha (grape vodka). Manana had a country-style bowl of fig jam cooling on the stove and a pot of wild plums ready for usage in tkemali sauce. These are for guests, she explains, and will be ready tomorrow for breakfast. They are preparing their very own raspberry, blackberry, fig, and sour cherry jams, as well as making delicious homemade chacha and wine. We were settled in at home and being taken care of by the best hosts ever! 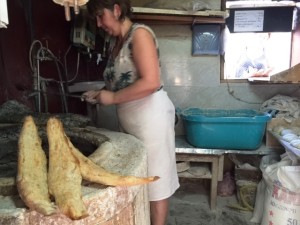 In the morning, I joined Manana in walking to the local bakery, which consisted of a small garden level opening with a special bread oven – a tall fire pit enclosed in metal walls. The baker would put the sticky dough onto the metal wall, where it hung until it was ready to eat. Manana broke the edge off a freshly baked loaf and handed it to me. “Eat,” she told me. “That’s the best part.”

In 1992, Manana became the first person to open a guest house in Tbilisi after the collapse of the Soviet Union. Very soon, American Embassy officials approached her and offered that her small inn will be the official guest house for American officials who had extended stays in Tbilisi and prefered a homestay over big hotels. Since then, Manana and Alex have hosted a long list of diplomats, cultural attachés, writers and other VIPs. Manana and Alex ensured that these visitors experienced the warmth and geniality of the Georgian people firsthand. Their immense hospitality continues to the very end of our trip, when they present us with a very special treat: a bottle of their wine for our road back home. 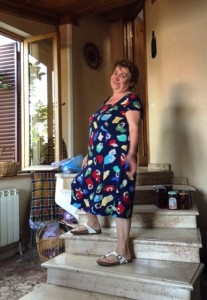 It’s hard for me to grasp how somebody can be so amazingly welcoming, but Manana says that the hospitality business is easy for her because she loves her guests the moment they walk through the door. However, she also informs me that the journey to getting their guest house was difficult, to say the least. They built the house by themselves, and finding all the necessary materials and finishing the guest house in a post-Soviet Tbilisi was back-breaking work. For example, all 64 granite stairs had to be bought and put in place individually, Manana tells me with a proud twinkle in her eyes.

Manana was also invited to a course on hospitality in the US along with other guest house owners at some point. I asked if she learned anything, and she grinned: “not really”. The Georgian art of hospitality, entirely unique, has been carved to perfection over many generations.

Of note as well is Alex and Manana’s relationship. On some of Alex’s remarks, Manana jokingly sighs and makes the sign of the cross on herself: 42 years with him, oh so difficult! Alex always replies, “I know, I know, you’re just waiting to get rid of me.” Manana gets very serious all of a sudden. “I can’t live without you” she says bluntly. “You die – I die too”. 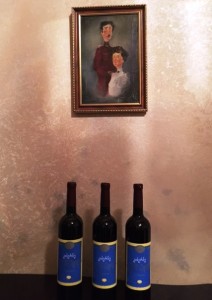 All of her relatives lived to a very old age, she tells me. More than 100 years, in fact. She believes that the secret to longevity is, thus, a glass of Georgian red wine before dinner. It’s customary that Georgian people make their own wine, and most do. Many have vineyards while others buy grapes. Then, they make the wine at home and bottle it up. Grapes harvested in late September and first wine will be ready for Christmas. Wine harvesting is a big event across the country. Turists can also participate in harvest and even squeeze grape juice by jumping on it with their feet, old times way of juice extraction.

There is a popular anecdote that says that when God was handing out land, the Georgians were very late. When God asked why they had been so late, they explained that they were busy praising him with wine and celebrating in his name. Thus, God gave them the most fruitful piece of land, his very own land, and  moved to the sky.
The land is rich, yet most people are poor and can only afford to eat what they grow. Nevertheless, people are cheerful and extremely good hearted, noble and respectful, graceful and wise. You can’t help but fall in love with them. Maybe that is why they live so long?

Error: Unable to create directory wp-content/uploads/2021/09. Is its parent directory writable by the server?